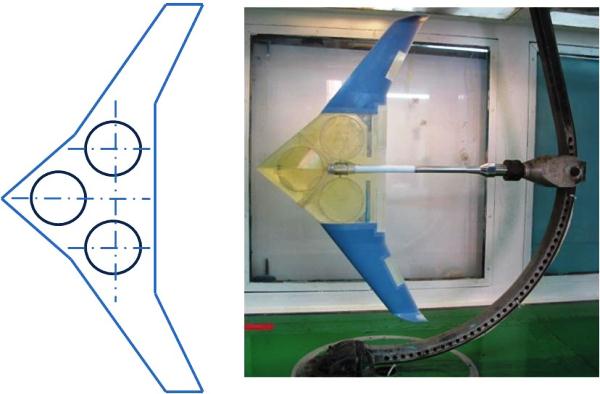 Introduction: The project's objective is to design an unmanned aerial vehicle (UAV) following the next requirements.

The requirement for a single operator resulted in a small UAV with no launcher – In order to make the UAV easy to carry. Moreover, the requirement for a simple operation by one man led to an automated flight with safe take-off and landing to prevent faults during operating. Furthermore, the costumer's request for a simple recovery rejected the option of using a parachute or an airbag. The above requirement resulted in a fully automated UAV with the ability of vertical take-off and landing. Despite this conclusion, the use of tilted rotor concept was rejected due to the complicated control system required to support it. As a result, it was decided to separate the propulsion system of level flight from the propulsion system of the vertical take-off and landing.

Another costumer's requirement was a UAV with capability to reach an out of sight target. This led to a necessity in fixed wing abilities in order to sustain a long distance flight.

All the above have formed an innovative idea as a students' project for a design of a UAV:
Combination of tri-rotor with fixed-wing airplane, into flying wing configuration.

A brief description of project:

The selected concept is a flying wing – for vertical takeoff and landing as for straight and level flight.
Starts with 3 vertical motors:

This structure is covered by triangular wing to  achieve fixed-wing performance:

To increase performance, two outer wings were attached to the structure:

The UAV is propelled using two independent propulsion systems: One for the vertical lift (3 Hacker A30-14L motors with 10X4 propeller) located in cavities inside the fuselage and one for the straight and level flight (One Hacker A50 motor with 3-blade 15X8 propeller) which allows flight time of 30 minutes.

Cavity closing mechanism is needed to maintain the flying wing aerodynamic properties.
The chosen mechanism is shutters type closing, as shown in the next figure.

During the design process, two experiments have been made: a thrust test for the chosen motor, to confirm enough trust is given from the combination of motor, propeller and battery.

The second and major test was a wind tunnel test.
A wind tunnel model, 1:2.5 scale has been manufactured and during 2-day stay in the wind tunnel, dozens for runs were made including different control surfaces setups, open cavities, closed and half-closed cavities.