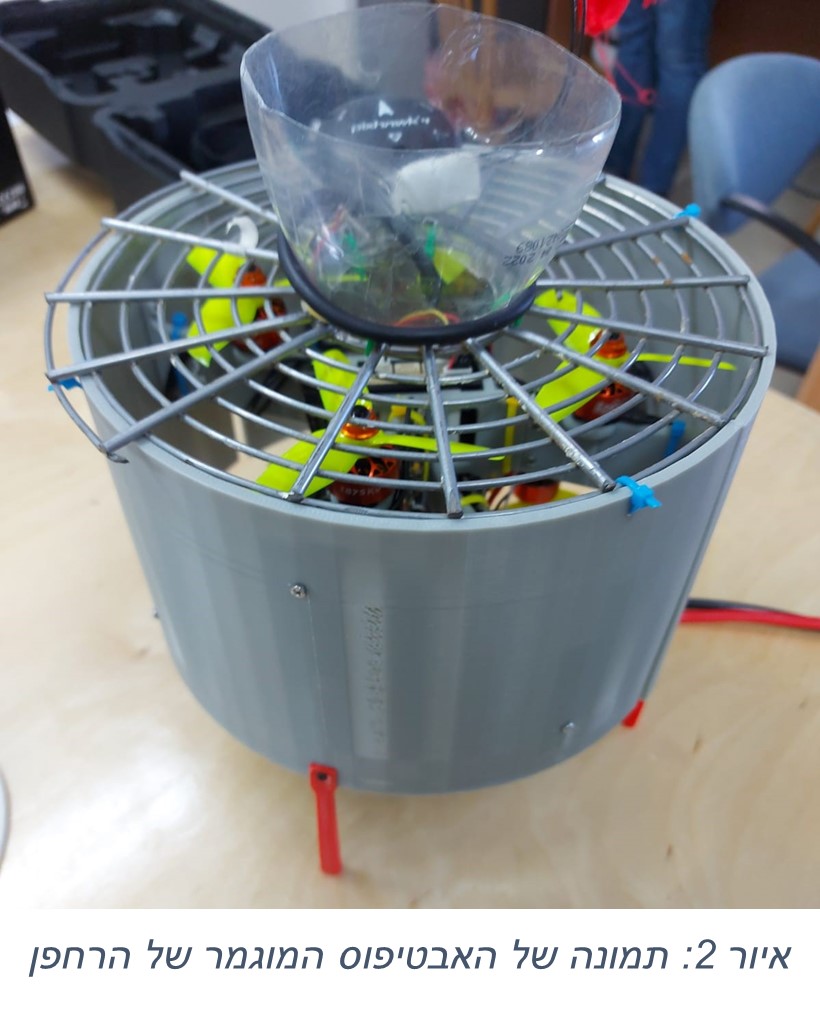 “Harvey” is a students’ final project in the Faculty of Aerospace Engineering in the Technion. The project was supervised by Tevel Aerobotics, and its goal was to design a fruit picking drone with the following main requirements: diameter of 20[cm] and height of 20[cm], continuous fruit-picking, ability to carry weight of 200 – 1000 [g], survivable structure in an orchard environment.

During the first semester an initial design of the drone’s structure and control was conducted. The structural design included selecting a main drone design, and refinement of it iteratively by criticizing each iteration. The drone’s components were selected by conducting a market survey and comparing the components properties with the system requirements. For example, the system requirements and market survey determined 3D printing parts and the use of power cable instead of batteries. By the semester end an advanced design of a biplanar octocopter was achieved and all the components were chosen and ordered.

The control system design was based on PX4 built in control loops – P controllers for angular state and vertical position, and PI controllers for angular rate and vertical velocity. A Simulink model of the dynamic system and control loops was built. After system linearization the design was conducted using root locus, following the design requirements. Motors modeling was performed by fitting the manufacturer motor specifications to a 3rd degree polynomial, based on the chosen configuration, as a linearization of the thrust function was performed exactly as conducted in PX4.

During the second semester a wooden model was built for integration checks in parallel to a process of designing and building the drone’s prototype. The wooden model was built for the purpose of inspecting the assembly process of the components and checking the integration between them. It was first built with a simple design which deviates from the requirements and afterwards went through changes towards the designed drone’s configuration. In parallel, after some design iterations, a final prototype design of the drone was achieved, and parts for this prototype were printed and assembled to a complete drone. Both the prototype and the wooden model in its different forms were tested in flight.

After the flight experiments mentioned above, an analysis of the drone performance was conducted for the different configurations. Based on the analyses of the wooden model tests and their conclusions predictions were driven for the drone’s prototype. During the flight experiments of the prototype, a problematic and lower from expected performance was observed, some estimations for causes for these performances has been suggested, and a simplified model with modular parts was built for checking each part impact via flight tests. Finally, it was concluded that apparently the lower-than-expected performances were caused by the use of power cable and from airflow interferences which were not modeled. Various solutions were suggested for future work such as changing the drone’s arms design (which are suspected of causing flow interferences due to their shape).

The main results which were reached are: 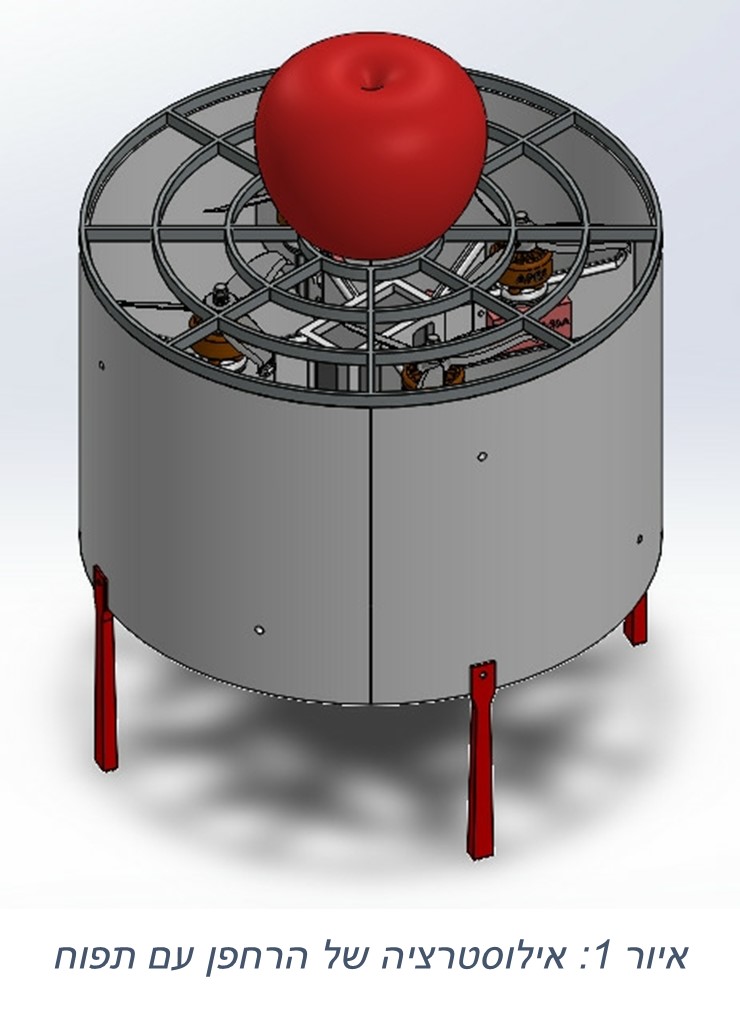