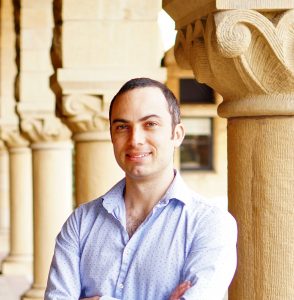 Dr. Michael Karp  joined our Faculty as an Assistant Professor starting October 2020. Before joining the faculty, Michael was a postdoctoral fellow in Prof. Parviz Moin’s group at the Center for Turbulence Research at Stanford University. Michael is a graduate of our Faculty, (BSc, 2007; MSc in the direct doctoral track, 2013; PhD, 2017). During his doctoral studies, Michael was awarded an excellence prize from the Wolf Foundation.

Michael’s research focuses on theoretical and computational investigation of flow physics, with emphasis on transition to turbulence. His aim is trying to explain complex phenomena using a minimal number of elements. During his PhD a minimal element model for formation of coherent structures in transitional and turbulent flows has been developed (see left image). In the Center for Turbulence Research he has investigated the impact of convex surface curvature on flow instability mechanisms. In his recent work, it is shown that disturbances optimally suppressing separation bubbles are well approximated by linear stability theory (see right image). Currently, he is investigating instability mechanisms of supersonic jets, with and without shock cells. Michael’s research interests include aerodynamics, fluid mechanics, flow instabilities and transition, flow control and flight mechanics. 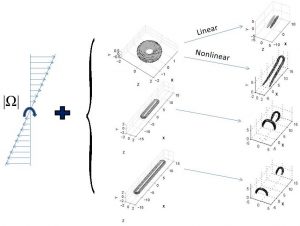 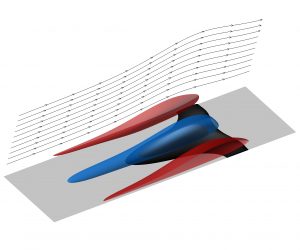