Maiden Flight of the All 3D-printed Active Aeroelastic Aircraft Testbed

On Friday, May 15th 2020, we successfully flew the Active Aeroelastic Aircraft Testbed (A3TB), an experimental aircraft to study and control phenomena related to wing flexibility. The A3TB is a flying wing configuration with a three-meter span and weighing 10 kg. It is all 3D-printed. Using 3D printing allows for great design freedom. It provides for a very low-cost aircraft compared to composite or metal aircraft. These two features are critical for an experimental aircraft that may crash during a test at the edge of the flight envelope. It allows planning for long-lasting, multiple goals, research, and development program.

The emphasis nowadays in aircraft design is on the environment – reducing fuel consumption and noise while improving performance.These can be achieved by reducing the aircraft weight and increasing the wing span. Long and lightweight wings are inherently flexible and are susceptible to structural vibrations and even loss of stability. The A3TB platform was designed with especially flexible wings to serve in R&D on mitigation of such phenomena.
The successful first flight marks the beginning of a wide R&D program in this area. 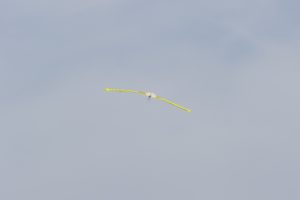 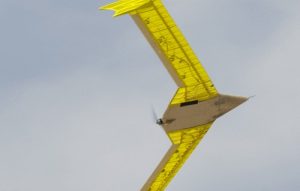 The airplane was designed over a year and a half by two groups of students in the faculty of Aerospace Engineering, guided by Dr. Lucy Edery-Azulay and Professor Daniella Raveh. An automatic control system is designed these days and will be implemented in the next few months on the second generation A3TB-G2.