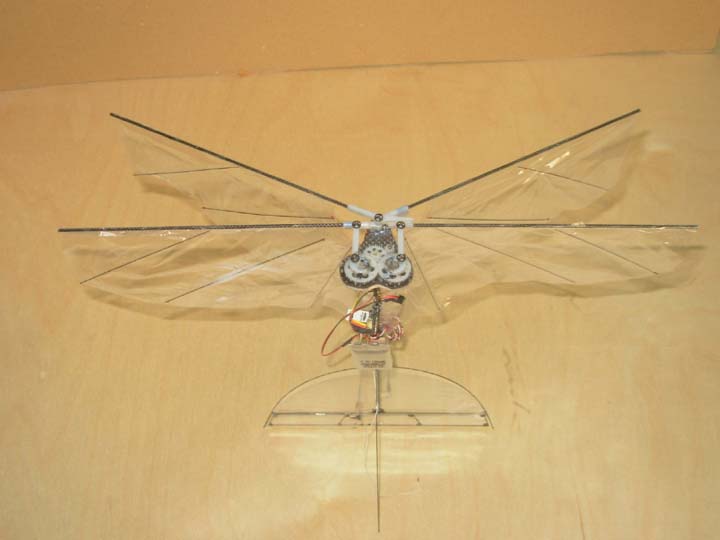 Tetra-Ptera is a flapping winged MAV designated to fly in low speeds and indoor areas, and is capable of carrying a camera as a payload.
The MAV (Micro UAV) has 4 wings, and that is the meaning of the name (Tetra=four, Ptera= wings).

Since there is no fully based analytical analysis of flapping wings aerodynamics, an ampiric model was offered in order to find the connections between the main parameters needed in order to design such a MAV: wingspan, aspect ratio, flapping frequency, power required for the wings, maximum amplitude of the wings and generated thrust.

Later, wind tunnel experiments were carried on an experimental model, in order to establish a database, and the model was compared to it.
Finally, based on the conclusions from the experiments and the comparison to the empiric theoretical model, a flying Tetra-Ptera MAV was built, capable of flying in low speeds and hover.