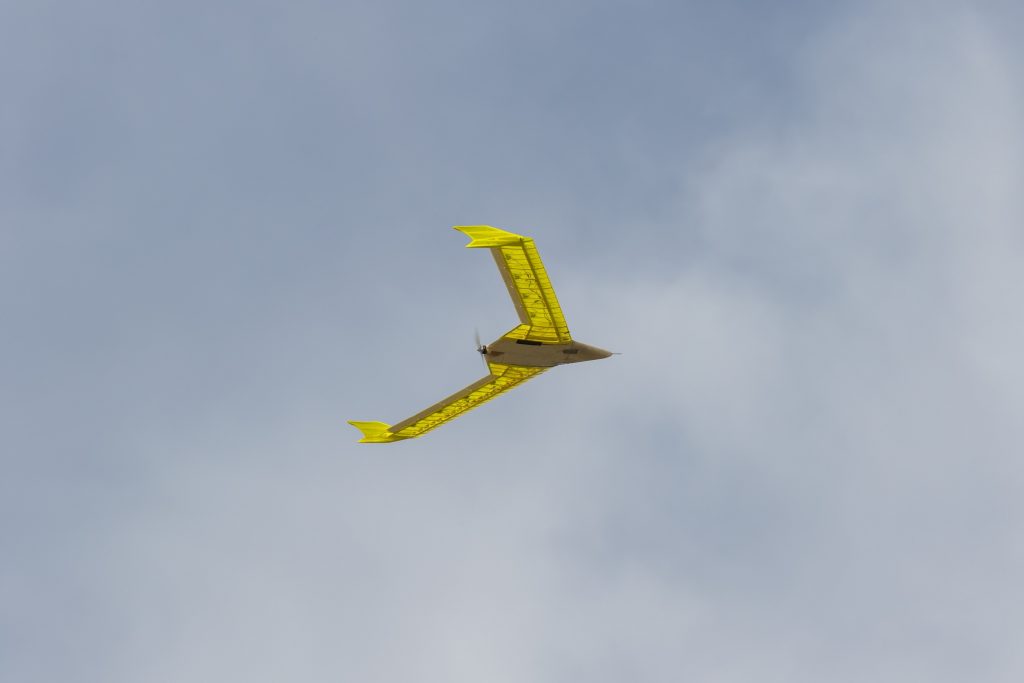 The project is set for three years. The product of the project will be a UAV in a flying wing configuration (flying wing) Extremely flexible with capabilities of:

At the end of the project, we will have detailed and calibrated models of the models that can be used, together with the demonstrators themselves, for future research in the field of aeroelastic technologies.

Project motivation: The pursuit of efficient aircraft (long-range and low fuel consumption) leads to the design of configurations with large-sized wings and lightweight wing structures. The trend is true for transport aircraft and military aircraft and especially for drones. Such configurations are necessarily more flexible than those of current, semi-rigid aircraft. The hardening of the structure is expressed in the addition of weight; Flexible aircraft design will allow for weight loss, and the possibility of planning with multiple degrees of freedom, allowing for optimal performance planning. Preliminary works in this field have been presented by the world’s leading airlines and research companies such as NASA, LM. At the same time, the field is completely immature and significant learning and investigation is required until it is possible to demonstrate the ability to predict and control the aeroelastic phenomena (distortions, maneuvers and charges, …), and an examination to plan optimal performance. Platform A3TBIt is an aircraft with a flying wing configuration, with a aspect ratio of 8.4, a wing string of about three meters and a weight of about 11 kg. The aircraft has an electric propulsion system and is controlled by eight control surfaces in the flow rim, four on each wing. 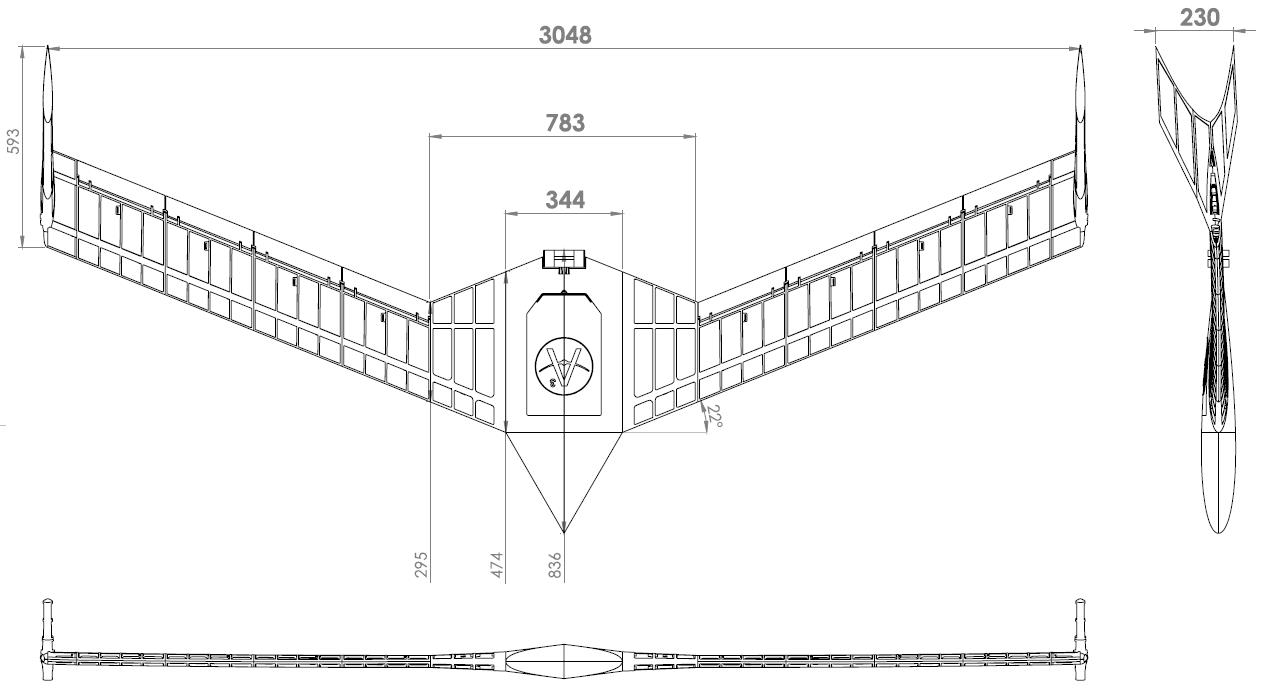 Structure:  main beam carbon-bearing beam courtesy of Wing 3D, To which six ” segments” on each side are “educated” . The entire plane (except for the main beam) is made of printing on a nylon-12 base and the parts stack is adjusted to the size of the print compartment and allows quick disassembly and assembly. The wing is pulled back at an angle of 22 degrees and with a torsion angle wash out of three degrees. The wing profile isNACA0012. At the end of the wings there is a stabilizer because its purpose is to increase the lateral stability.

The development is based on computational models (structural, aerodynamic, aeroelastic) at high confidence levels that are verified against experiments. Analyzes CFD Around EZNSS, Including solving Navier-Stokes elastic equations. Aeroelastic analyzes, calculation of flexible aerodynamic derivatives and fluttering analyzes, in finite elements in the environment FEMAP and- ZAERO. Design of the control system based on a non-linear aerodynamic model with six degrees of freedom in the environment MATLAB, Structure design and preparation for 3D printing in the environment of the TIBAM software SOLIDWORKS. Strength analyzes in the software of finite element software, ABAQUS, NASTRAN.

The document concluding for year B presents the development from year A, and allows an understanding sequence for presenting the continuation of the activity in year B. The document includes a reference to the three flight experiments, and includes the main points of the investigation, conclusions, and recommendations for the continuation of the activity. The document presents the development of the models and their results, a parametric investigation and understanding and the ability to predict the behavior of the aircraft both on the basis of models and on the simulator with a graphical interface that allows flying cases and in-depth investigation of aircraft behavior.

Despite the constraints of the period, Corona, the project achieved all its objectives including the existence of flying. A quote from one of the crew members immediately after completing the flight activity in May 2020 : “We flew wonderfully. We took off, flew, and circled for a full 3 minutes, put the plane in flutter several times, initiated and controlled”. The pilot, Roy Schachter, who also serves as a full-time student for a year the second of the project, liked the flight characteristics of the plane. After a few laps we lost contact with the plane and it crashed in the field.” Flight inventory May 2020, the top graph shows the flight speed as a function of time, and in addition, the red line shows the fluttering speed as predicted based on a finite element model. The bottom graph shows the rate of change of the angle of view as a function of time. In both graphs we added a marker for moments when the flight speed exceeded the flutter speed. 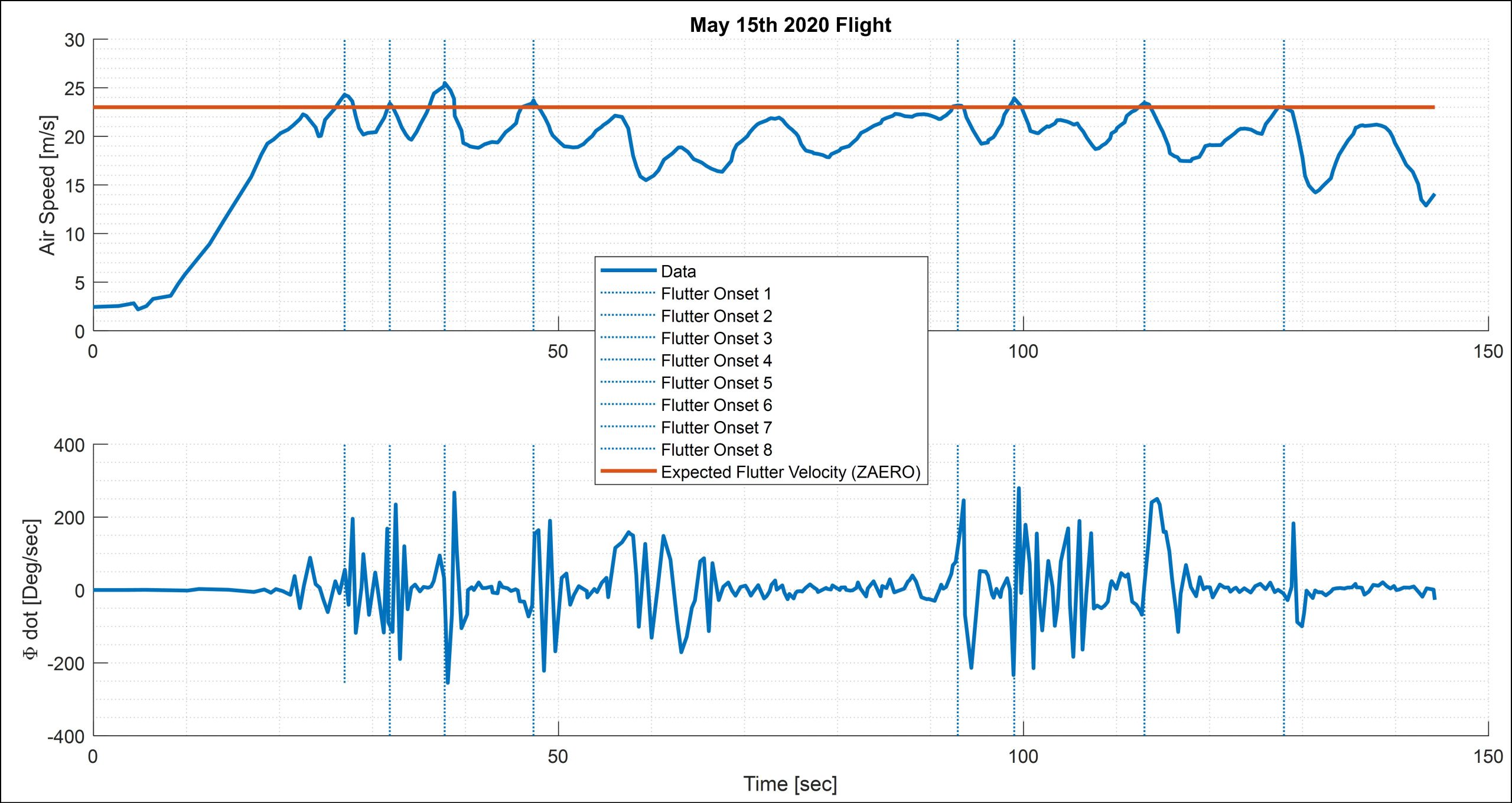 One of the goals of the project is to prove the ability of a flying flexible platform as having advantages over a hard platform e . The plane has 8 control surfaces, 4 surfaces on each wing. Each rudder surface acts as a rudder and balances simultaneously. The height flap is the average flap angle between right and left side, the balance is the difference in flap angle between right and left side. Each flap creates: lift, torque, rolling torque. This means that to control the aircraft, only one rudder is needed per wing. 4 control surfaces in each wing translates into redundancy and allows optimization with a large number of options. The document includes a presentation for an investigation conducted to the research question: “Is it possible to optimize a tow for the flexible platform (in the existing design) characterized by a large number of control surfaces “. The calculations were performed in a computational software environment (EZNSS ) Which combines CFD and aeroelasticity in the same run and is therefore considered to have a very high level of confidence. The optimization process including the mathematical model the results and conclusions are presented in the document. 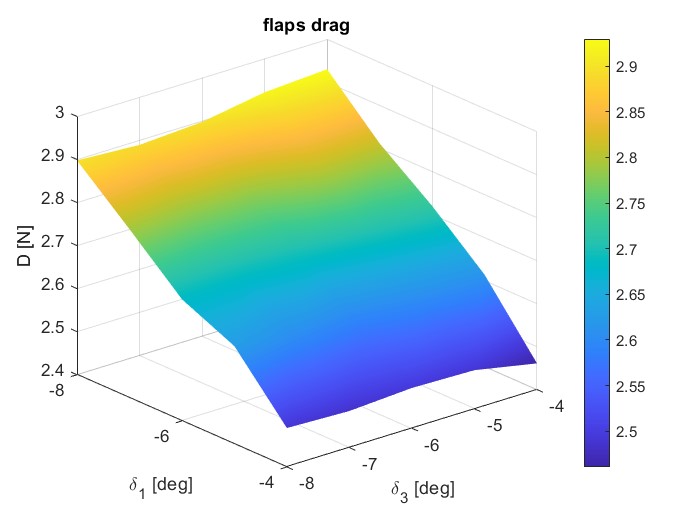 One of the project’s achievements during the second year, and is beyond the defined project objectives, is the development of a simulator with a graphical interface that allows as a tool for developing and predicting aircraft behavior and as a training tool for pilots as an alternative to field flight experiments. 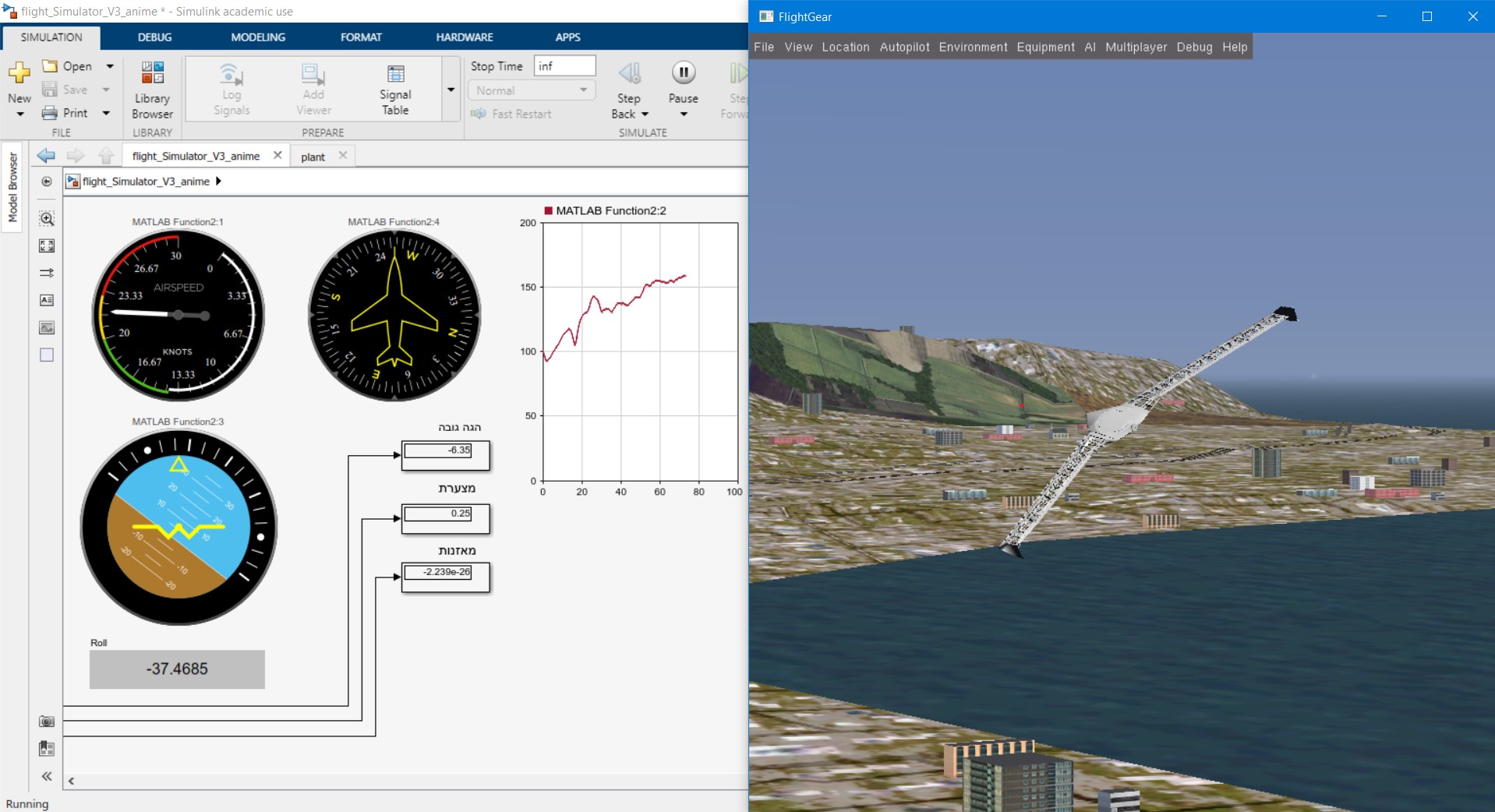 During the second year a flight computer based on , Arduino Raspberry Pi 4B . The overarching goal of the control team in the current year was to close control circles to maintain altitude, speed, and roll angle for the aircraft, with a “flexible” model that included measurable noises, restrictions, and operator debris. To meet this requirement, the control process was divided into two main channels: control design and characterization and revaluation measurement 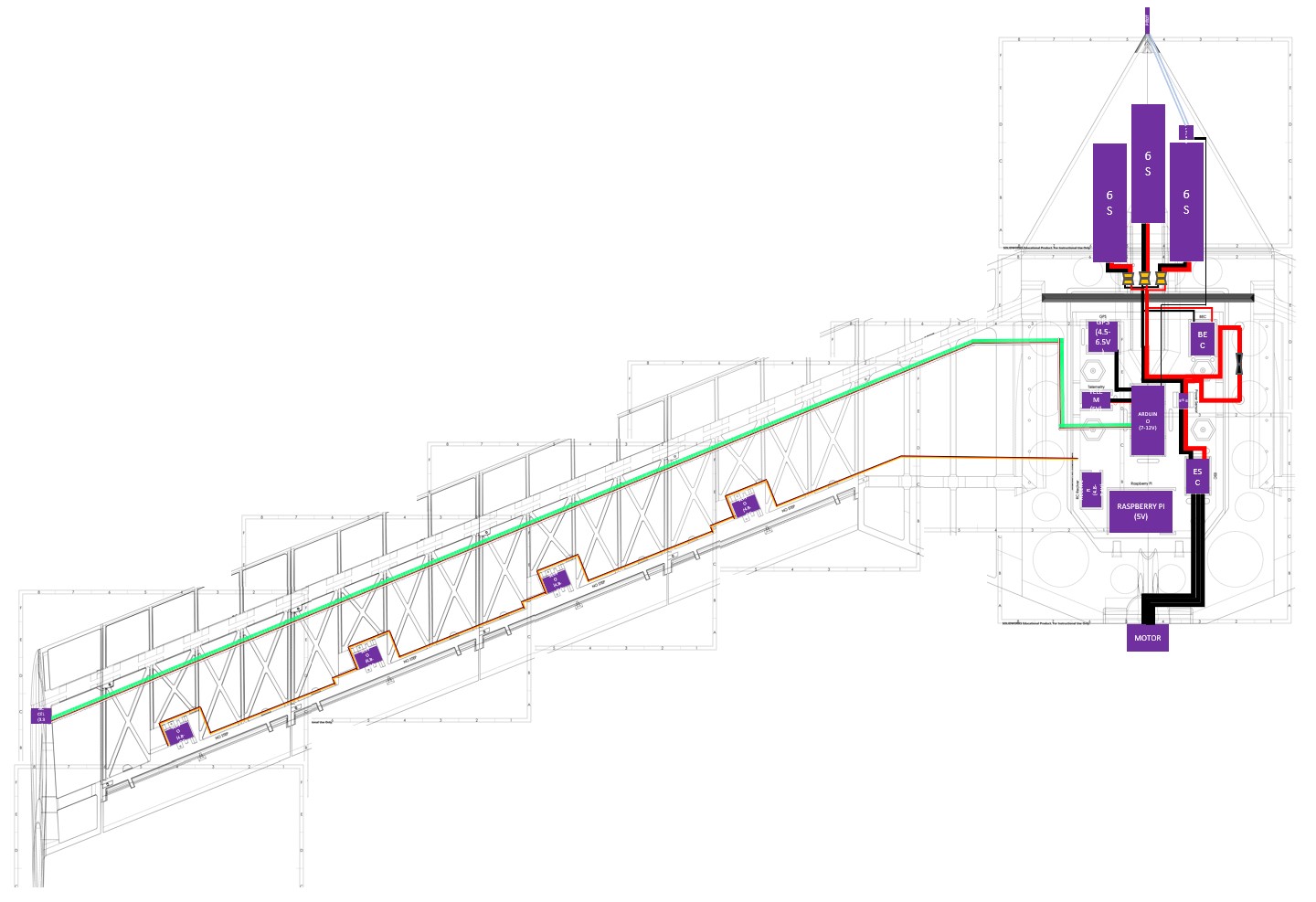 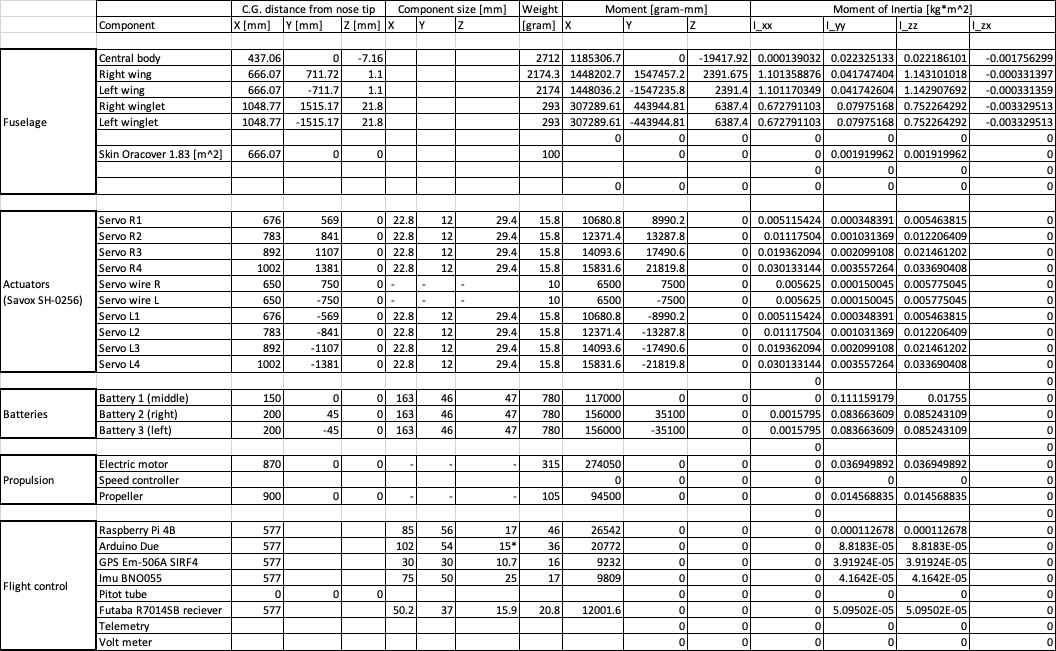