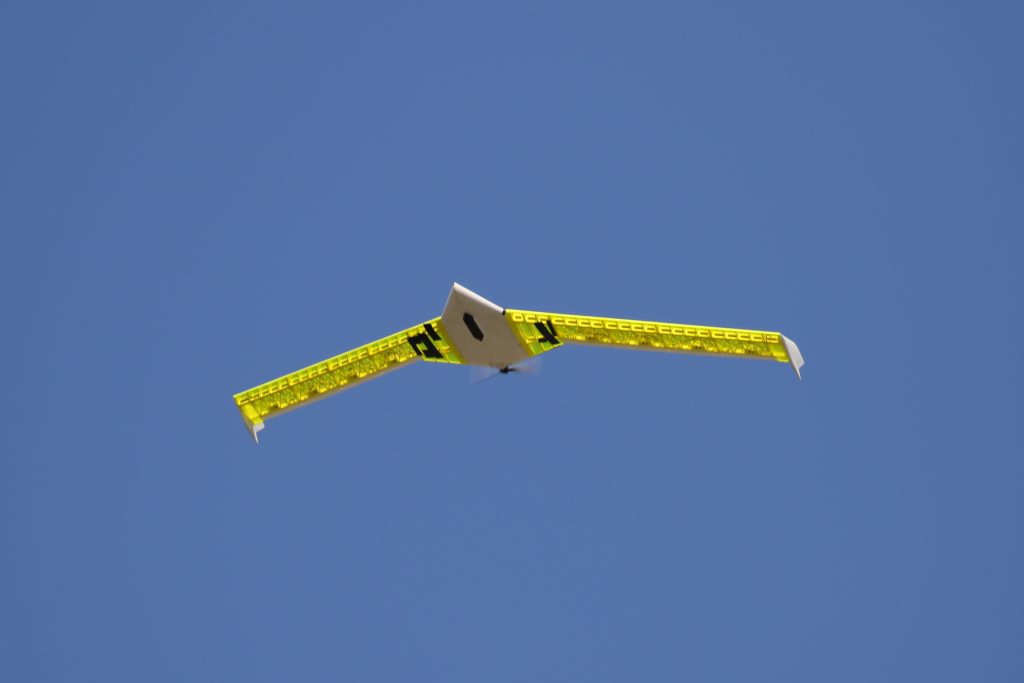 The project engages in the design, development, and production of an aeroelastic technology demonstrator for future research of aeroelastic.  The project is of a flying wing configuration, propelled by an electric motor. The airplane’s structure is inherently flexible, being 3D printed out of Nylon-12 polymer. The airplane utilizes a proprietary design automatic control system for stabilized flight. The airplane was flight tested, and the results validated all of the analytical model validation conducted as part of the design process.

The  project engages in the design, development and production of an aeroelastic technology demonstrator for future research of aeroelastics.

The flexible wing design results in a flutter speed purposely included inside the flight envelope, as a project objective. This, being one of the main challenges of the project, has matured to be one of its greatest achievements. The final test flight presented the final design product, a flexible flying wing demonstrating 3 major flutter events, matching all pre-flight analyses in regards of flying conditions. Figure 3 – The flutter events (big fluctuations in accelerometer readings) with respect to airspeed. Notice the time of the fluctuation’s onset corresponds with the time in which the aircraft crossed the flutter analysis defined flutter speed, marked in pink dash

The project was planned as a 3-year project, this being it’s 3rd and last. The project’s main produce:

In addition to this project being in the forefront of aeroelastic research, it has been a major opportunity for the students to learn and have a hands-on experience in advanced and industry practical domains: 3D printing oriented design, processes involving complying with ICAA requirements for UAV operations, preliminary flight readiness reviews, formalizing the relations between the aerospace faculty and civil airstrips and more.