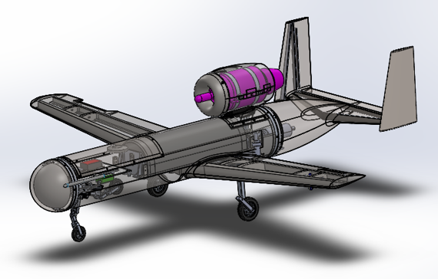 Aeolus project is a four-year multi-disciplinary project conducted by senior undergraduate students of the faculty of Aerospace engineering in the Technion – Israel Institute of Technology, in full collaboration with MAFAT & Rafael.

The project’s ultimate purpose is to design and bring into flight capability of a fully autonomous, jet-powered UAV.

In the beginning of the project an initial configuration has been chosen on which all the future development has been based later on. The main decisions that were carried over:

After the initial configuration was set, a model was manufactured for a static test in a wind tunnel. In the same year the chosen jet engine set was purchased from AMT Netherlands: Pegasus HP to be mounted on the final product and Olympus HP for educational purposes.

All that with full performance evaluation performed by running designated simulations for flight and takeoff. Furthermore, a jet engine performance test station was built in the Technion’s jet propulsion lab principally for this project’s purposes.

A full CAD model of the UAV was prepared using Solidworks CAD program, in which the inertial parameters and avionic components positioning were evaluated. Detailed design was conducted on most of the critical components of the UAV, among them regarding the servo motors and their respectable control surfaces, landing gears, wing & tail assemblies, aerodynamic cowling for the engine including heat transfer analysis and completion of the fuel tank system design by a master’s degree student.

The mission of the UAV is managed by the input of the used to the Pixhawk IV computer positioned in the front of the aircraft. The Pixhawk will have all the control and guidance architectures built into it for autonomous flight. All that was tested and proven in a 6DoF flight simulation using Matlab & Simulink programs.

The main project’s achievements up to this point: 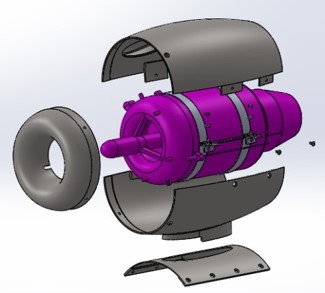 Figure 1: CAD model of the engine 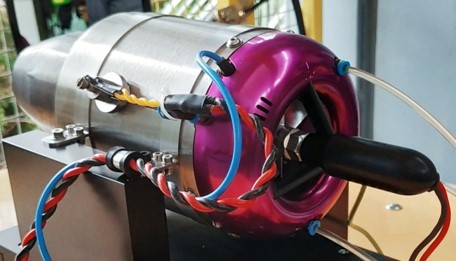 Figure 3 : CAD model of the UAV