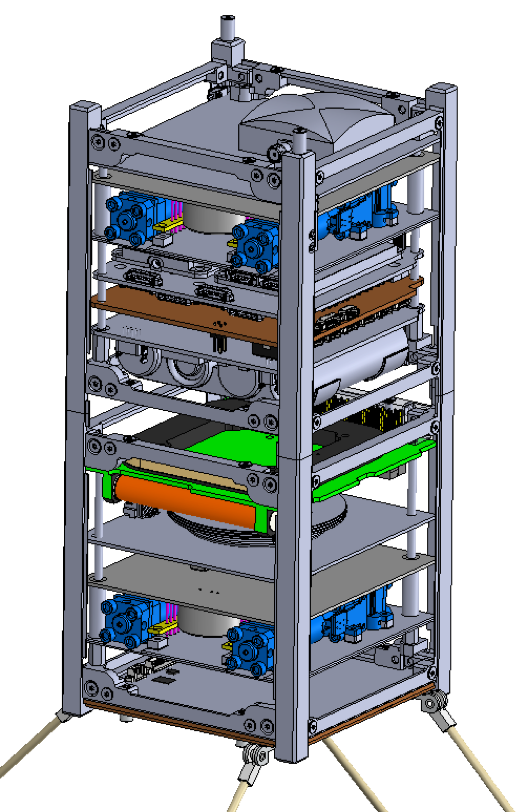 DriveSAT is a final project developed by a team of fourth-year undergraduate students at the Technion’s faculty of Aerospace Engineering, supervised by Mr. Jacob Herscovitz. The eventual product is an experimental 2U CubeSat nanosatellite intended to demonstrate and provide heritage for a newly developed plasma propulsion technology and a novel momentum wheel system, with all non-experimental components purchased off-the-shelf.

The DriveSAT project is centered around two main missions. The primary mission involves the experimental inline-screw-feeding vacuum-arc thrusters, (ISF-VAT, or VAT for short), under development by Assistant Prof. Igal Kronhaus at the Aerospace Plasma Laboratory of the Asher Space Research Institute (ASRI). The VAT is an innovative electrical propulsion system meant to constitute a propulsion solution for nanosatellites and allow them orbital control.

In recent years, CubeSats have seen a drastic increase in use, with nearly 300 launched in 2017. For many of the smaller of these nanosatellites, no propulsion technology exists within their extreme size and weight limitations. These nanosatellites are therefore restricted to passive flight, subject to external perturbations and natural orbit decay, with no capability to correct for orbit injection errors.

Due to its diminutive size and weight, the ISF-VAT can offer a source of thrust – approximately  – to nanosatellites perhaps as small as 1U. This technology stands to drastically increase the scope of possible nanosatellite missions and capabilities. DriveSAT is a 2U CubeSat and will house 4 ISF-VAT thrusters, set in two modules consisting of two thrusters each, and will utilize them to prove orbit control capabilities.

The HDD-MW will utilize the disc and motor from the hard-drive with minimal alterations and function exactly like a standard momentum wheel as part of the satellite’s attitude determination and control system (ADCS). DriveSAT will carry a single HDD-MW providing attitude control along a single axis, while additional full-axis attitude control is provided by a magnetorquer/ magnetometer system.

DriveSAT’s mission is designed to analyze the performance and prove the capabilities of these two technologies by utilizing them throughout a series of experiments during a full year in orbit. The satellite will inhabit a circular orbit at 620 kilometers with 47 of inclination. These values were chosen through an analysis process to determine optimal altitude and inclination for optimal communications capabilities with the ASRI ground station as well ideal thruster effects relative to atmospheric drag, without placing the satellite so high that it exceeds international lifetime limits. Since finding a launch provider for an exact altitude and inclination can be either very expensive or impossible, the team has also defined an operating envelope so that certain launch opportunities to non-optimal orbits can also be confidently accepted.

The orbit control experiment is meant to prove orbit control capabilities by counteracting atmospheric drag and raising the satellite’s semi-major axis (SMA). This is done by firing thrusters prograde semi-continuously during daylight over 50 consecutive orbits, or approximately 3 days. This extended period of operation is required due to the low thrust produced by each thruster, and our self-imposed limitation of firing only during daylight to reduce the load on the electrical system, as the satellite’s energy is produced by solar panels. During this 3-day period the SMA is expected to increase by approximately 300 meters. 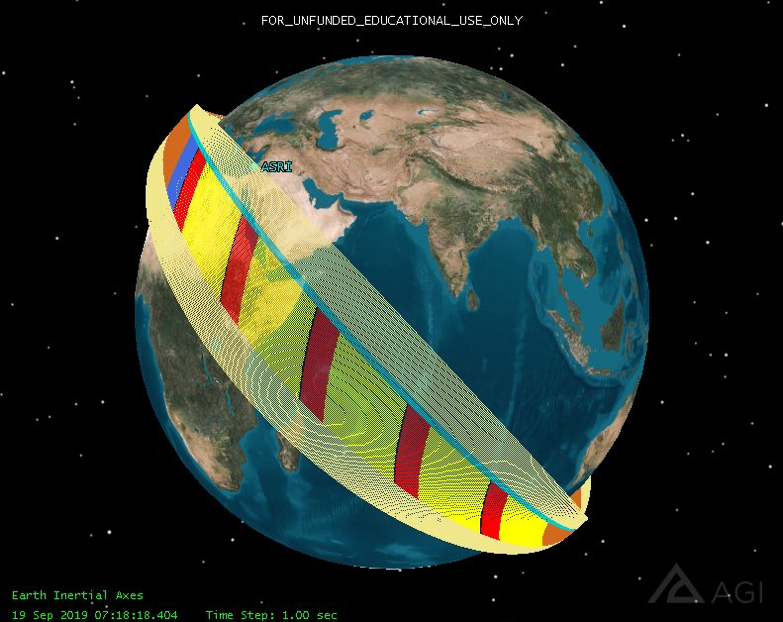 The results of this experiment are calculated from ephemeris and velocity measurements made by the satellite at regular increments determined by the current operating mode, as determined by memory analyses that take into account available on-board storage and data transmission rates. Once downloaded to the ground station, the data is passed through a Brouwer-Lyddane mean elements conversion algorithm and then further refined to extract DeltaV and thrust parameters for the VATs. 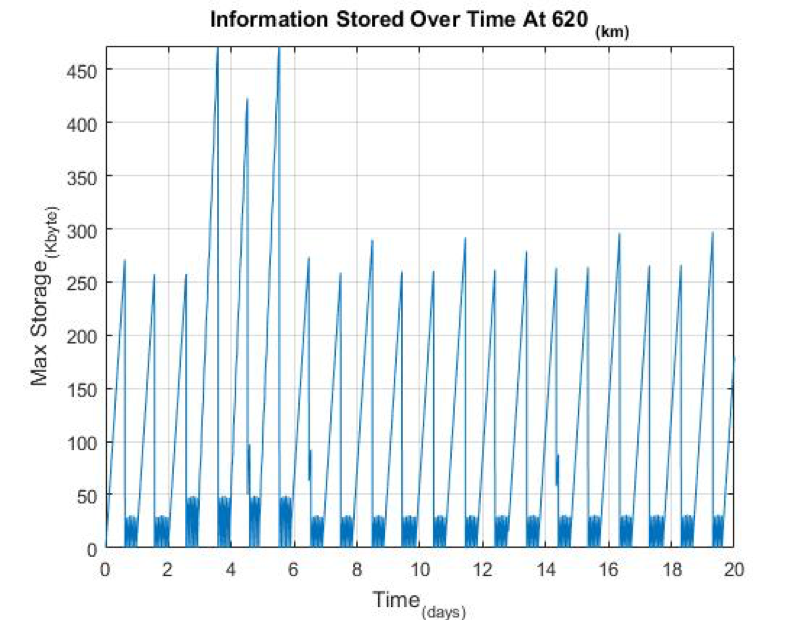 The second experiment is designed to accurately measure the thrust produced by the VATs in the space environment, and to track any changes in their performance as the mission proceeds. It involves firing two thrusters along the same edge of the satellite, applying torque on the structure. The ADCS counteracts this torque and maintains a static attitude, and specific measurements allow us to measure the thrust produced within an error of less than 1%.

The ADCS is a nonlinear, multi-input multi-output control system developed by our team, mainly based on the Bdot control principle of measuring and exploiting the Earth’s magnetic field. The system includes several operating modes relevant for different stages in the satellite’s mission. This system has also undergone multiple in-depth simulations using SimuLink and SimScape. 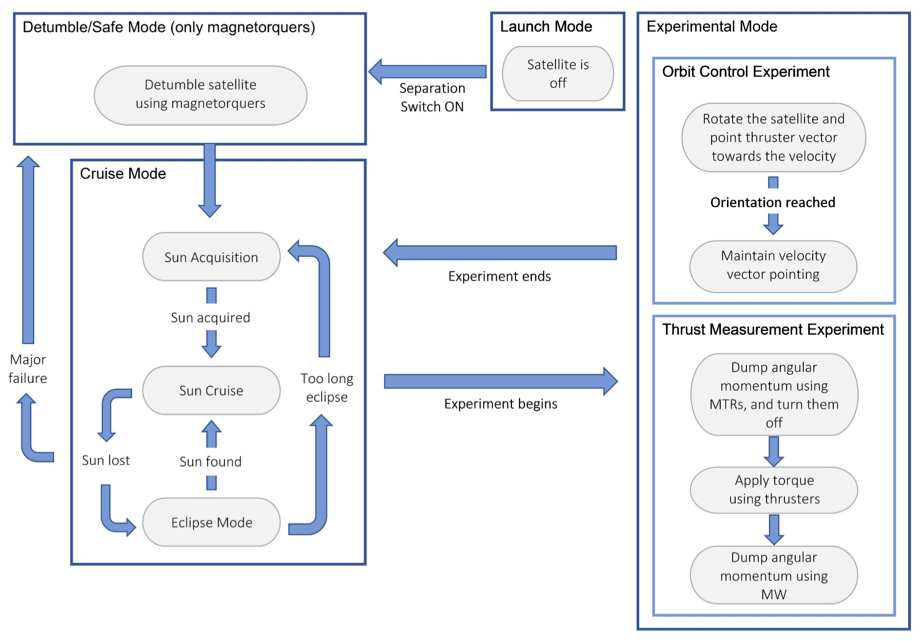 As mentioned, one of the project’s requirements is to meet all goals with entirely commercially off-the-shelf components, aside from the VAT and HDD-MW modules. Satellite components were selected through AHP processes to ensure compatibility between all subsystems while meeting requirements at minimal price. The final configuration was rigorously tested in simulations to ensure the electrical system can handle all possible loads.

First an STK simulation supplied the satellite’s position relative to the Earth and Sun as well as times of thruster activation and other parameters as it went about various stages of the mission; this data was passed on and further refined by an attitude control simulation, determining when and how exactly the components of the ADCS system are active, including how much power they consume at a given moment as well as the resulting body orientation relative to the Sun. 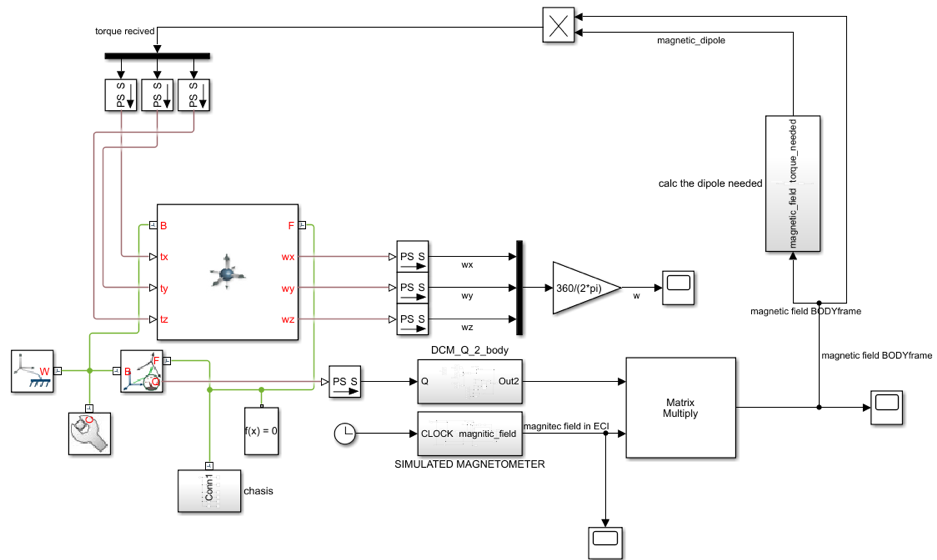 Finally this data was passed on to the electrical simulation wherein all of the satellite’s components, subsystems, and internal connections are taken into account, giving an overview of the power distribution and energy balance on a second-by-second basis. The simulations show safe and efficient operation, sustainable for the entire duration of the mission. 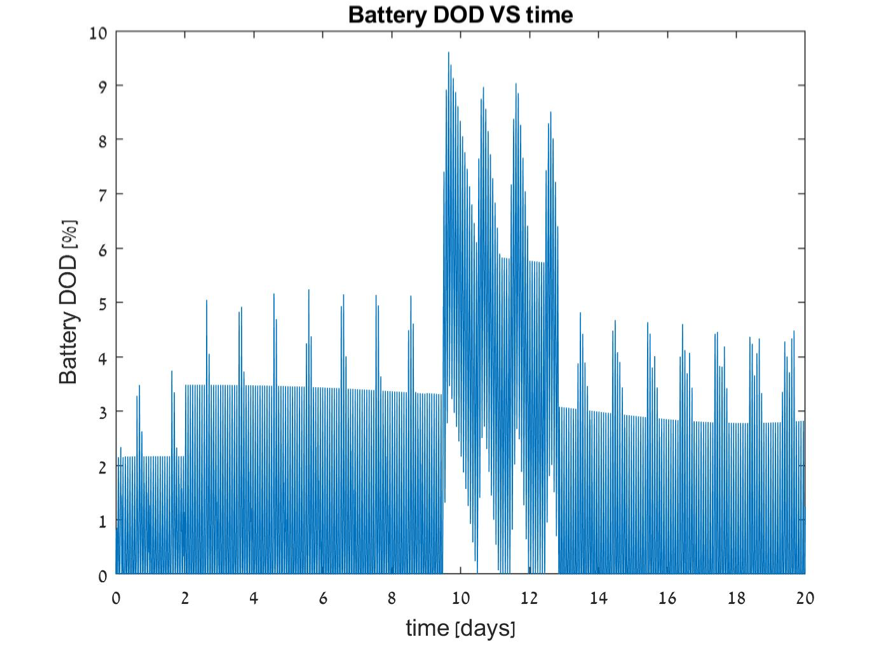 The team has initiated talks with launch brokers in order to begin the process of finding a suitable launch opportunity, and has also created detailed purchase documents and assembly handbooks, as well as timetables detailing all other work yet to be done 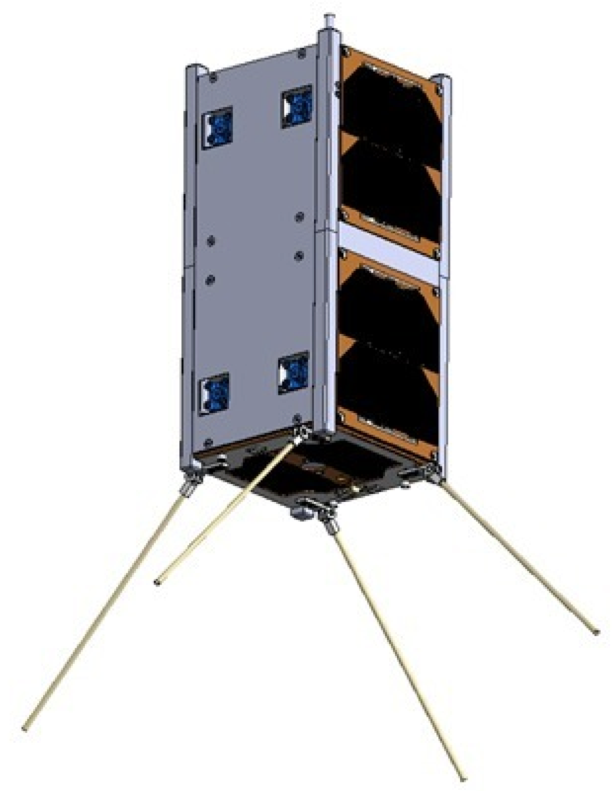