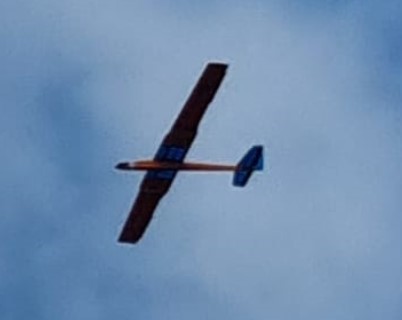 the object of the system is to carry the glider with the quadcopter then releasing it to glide for 20 kilometers, performing a tracking mission and then coming back with an engine to the home point.

The group tasked with planning the system consisted of six students who met once a week in an orderly fashion with the advisor and with additional group from the University of San Diego, and in between met with each other and also enjoyed the support of sub-advisors or various faculty staff. Students were divided into work teams according to the following categories:

At the beginning of the work, with the presentation of the project theme, a process of conceptual design began in which a number of alternatives for the glider were raised. The disadvantages and advantages of each alternative were discussed. Finally, it was decided to start the initial design phase for the selected configuration when a preferred alternative configuration was selected. This process has contributed to an understanding of the problem and the main issues that need to be worked on later in the work process.

The following is a brief overview of the various teams and their share of the Elevator to the Horizon project:

Propulsion and structure team – a comparison between the various materials with which the glider can be built. Choosing the optimal configuration in terms of requirements. Choosing the engine and battery and choosing the way back through a simulation that allows us to see if it is indeed possible. Construction of the glider after the initial design.

Control and guidance team – creating and planning a simulation that simulates the dynamics and condition of the glider at any given moment and thus it is possible to examine how changes will affect the glider both in terms of environmental changes and in terms of changes in the glider structure. In addition, execution, and planning of three main control circuits: the pitch control, the roll control, and the height control. And for each of these control circles designing appropriate robust controllers and testing their performance and compliance with design requirements.

Also, a number of software was used during the work on the project: