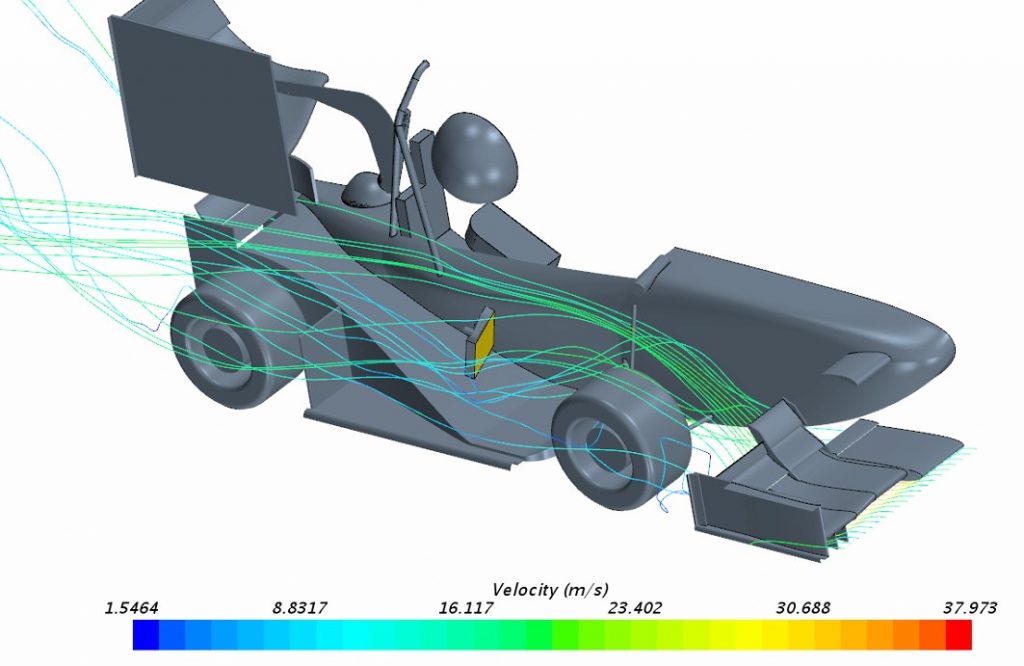 Formula Student is an international competition where students from each university design and build a race car and compete with it annually. The project is divided to several teams, the goal of the aerodynamics team is to design the aerodynamics of the vehicle and optimize its performances.

In this year there has been an outbreak of the Covid19 virus. This virus affected on the project in many ways, its characteristics and even the competitions. The spread of the virus began near the end of the winter semester, which is usually the time when we start the manufacturing process. Due to the rapid spread, a quarantine was declared. It had a huge impact over the manufacturing. Nevertheless, the lost time was harnessed for further theoretical work and preparation to 2021, as shown in this work and in the report.

Unfortunately, the pinnacle of the project, the competitions, have been postponed to next year due to different limitations.

Aerodynamics design is extremely important for race cars. Beside minimizing the drag force, the inverted wings create a lift force towards the ground called Downforce. The addition of downforce creates better grip of the road which enhances the car’s maneuverability and increases the cornering speed.

The aerodynamics package is divided to three main parts, the front wing, the rear wing and the undertray. In addition to that the team is also responsible to the body covers and the intake of the radiators. All the parts must be designed together, as each of them affects the others. An example for that is the nose wing at the front wing, it creates lift that lowers the downforce of the front wing but creates a cleaner flow towards the undertray and the rear wing. The aerodynamics package functions as one, where the goal is to achieve the maximum downforce in total.

Each year a new car is built and designed. The year is divided to two parts. The first part is dedicated to the design, both the aerodynamic and the mechanical. For the aerodynamic design, the team uses flow simulations (CFD) with a powerful computer donated to the project. The computer runs simulations around the clock to check and verify different ideas and combinations for the car. Meanwhile the team also design the connection of the wings to the chassis. 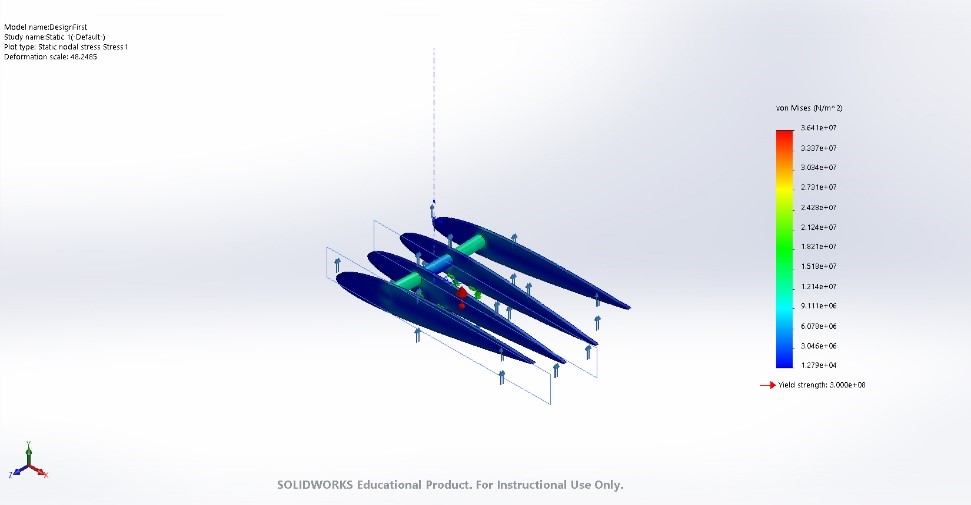 The second part of the year is manufacturing. Several manufacturing methods are being used, mainly lamination and 3D printing. The wings are made from carbon fiber laminated with epoxy. The inner structure of the wings is made by either Aluminum made with metalworking or plastic made by 3D printing. Each wing uses the best method to achieve the required strength but also have minimal weight. The team works in a tight schedule to build and assemble all the parts. Due to the Covid19 virus, the schedule was severely reduced, therefore it had been decided that only the rear wing will be manufactured this year.

At the and of the year, when the car is done, the whole team goes to multiple competitions across Europe. Unfortunately, due to the Covid19 virus, the 2020 competitions were postponed to 2021, when both cars from 2020 and 2021 can register to the competitions.