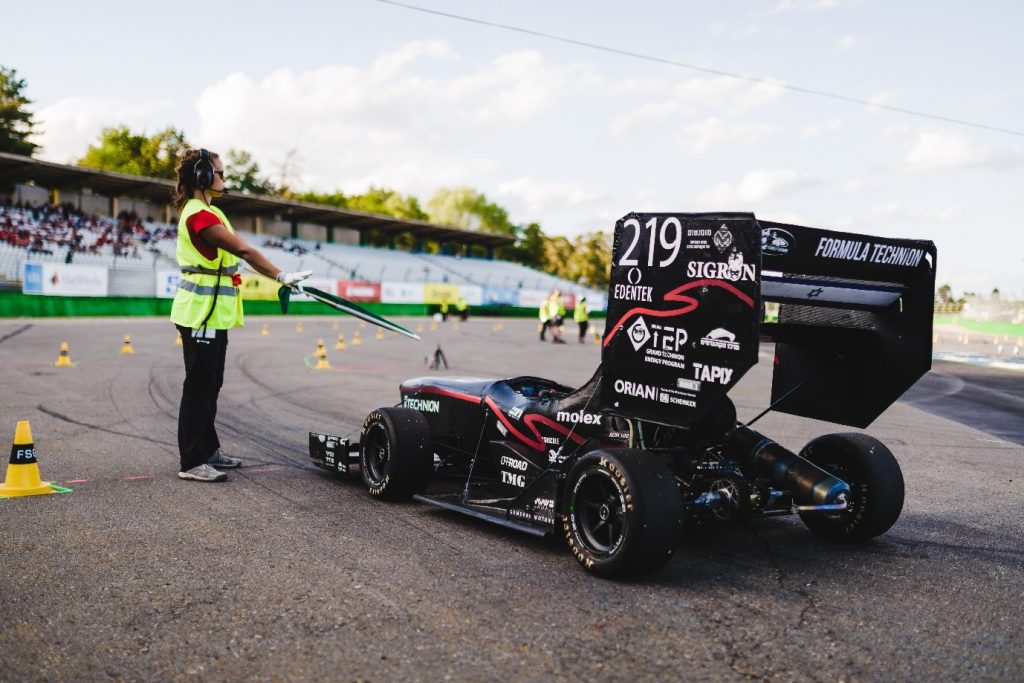 Formula Technion project started off as a student initiative in 2013. Each year the team designs and builds a new race car according to the FSAE regulations and participates in prestigious international competitions with other university teams from around the world. It is the biggest Technion’s student project (avg. of 50 students each year), comprising of young engineers from various cultural and academic backgrounds. The project integrates classroom concepts with real world applications, providing students with an unmatched opportunity to develop skills in engineering, manufacturing, and leadership. Since 2016 Aerospace students started carrying out this project as their final one.

Formula Student is among the world’s most prestigious and well-established academic motorsport competitions, whose goal it is to produce highly skilled undergraduates with hands on expertise in engineering, organisational, and managerial roles through participation in an innovative year-long project. The event was established in the 80’ in the United States by Formula SAE and has since grown to involve over four hundred universities, with official events being held in 10 countries around the globe.

Formula SAE encompasses all aspects of car manufacturing, including research, construction, testing, developing, marketing, management, and fund raising. Student teams from all over the world design, build, and race a small-scale formula-style racing car. This presents the engineers with the chance to put theory into practice in a dynamic and competitive environment.

Formula Student consistently and systematically produces experienced, knowledgeable, capable engineers who are ready to turn their skills and passion towards the engineering challenges of the future.

The events in the competition divide into two categories:

Dynamic events which include a straight line acceleration, SKIDPAD to test the dynamics of the car and handling side forces, AUTOCROSS which tests the handling of the car on a narrow and winding track and ENDURANCE for 22 km with one driver’s replacement. 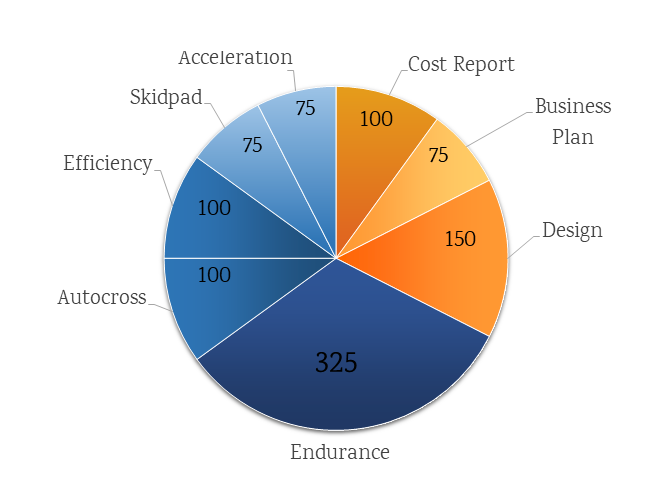 During the last year the Technion team has built the lightest car in the history of the competitions, with a weight of only 132 kg – 20 kg less than the other competitors. Moreover, it was the first time of the Technion team to participate in three competitions in Austria, Germany and Czech Republic and has even won a first-place cup trophy in the SKIDPAD event in Czech republic.