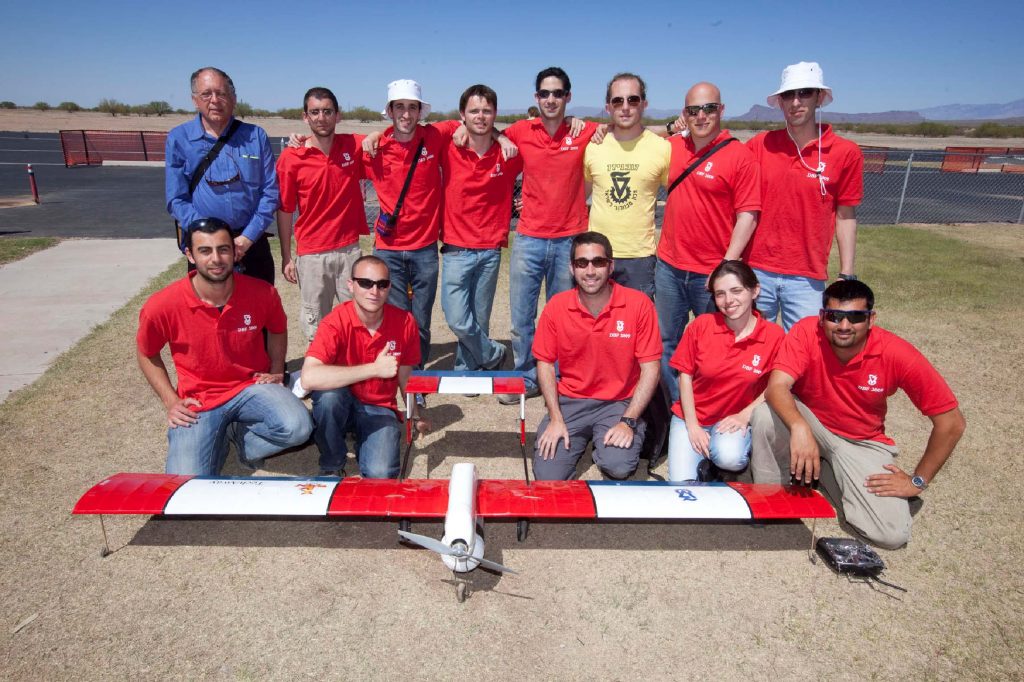 Tech-Away, the Technion – Israel Institute of Technology’s entry in the 2008-2009 AIAA Design/Build/Fly competition, in Tucson, Az. The goal of the design was to maximize the competition score, which is a combination of the report score and total flight score. The Tech-Away project required a student design group with extensive knowledge in aircraft design and a skilled manufacturing group, together with capabilities of aerospace project integration and management, for a complete successful team.

In order to have the aircraft ready and perfected in time for the contest, the processes of designing and building were divided into three phases: conceptual design, preliminary design, and detailed design.

The team was placed 16th out of fifty teams which competed.