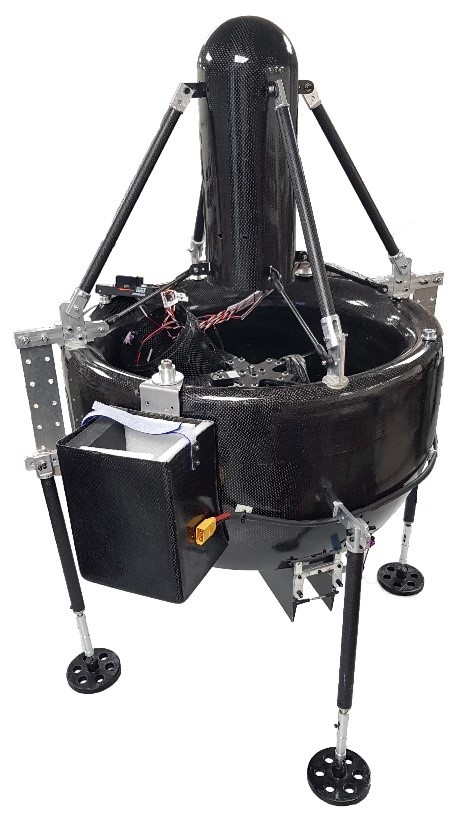 As part of the final project, conducted by undergraduate students at the Technion’s Faculty of Aerospace Engineering, the design of a drone was carried out to fit the demands and specifications of The Administration for the Development of Weapons and Technological Infrastructure. The chosen configuration is a ducted fan – a single rotor within a rigid duct. A demonstration, scaled-down vehicle was designed, manufactured and controlled, and a series of experiments and test flights carried out, terminating in a secured, free flight.

The main objective for the full-scale vehicle consists of the following:

The project was carried out by three student teams over three years, during which a 60% scale demonstration vehicle was designed, manufactured and flown. Its goal was to serve as a proof of concept for the chosen configuration to perform the given mission.

The configuration is that of a single rotor enclosed in a housing, known as a ducted fan. It was chosen for being compact, safe for operation, able to cruise at the low required speed, and compared to a more common configuration, acoustically stealthier.

The demonstration vehicle made use of a DC engine for simplification of operation, replacing the full-scale vehicle’s internal combustion (specifically, Wankel) engine.

During the project, a series of hardware experiments was conducted to build a dynamic model and simulate the system for preliminary control design, and limited flight tests in which degrees of freedom were gradually released. The experiments culminated in a secured, free flight, in which the vehicle demonstrated the following, mission-critical capabilities: 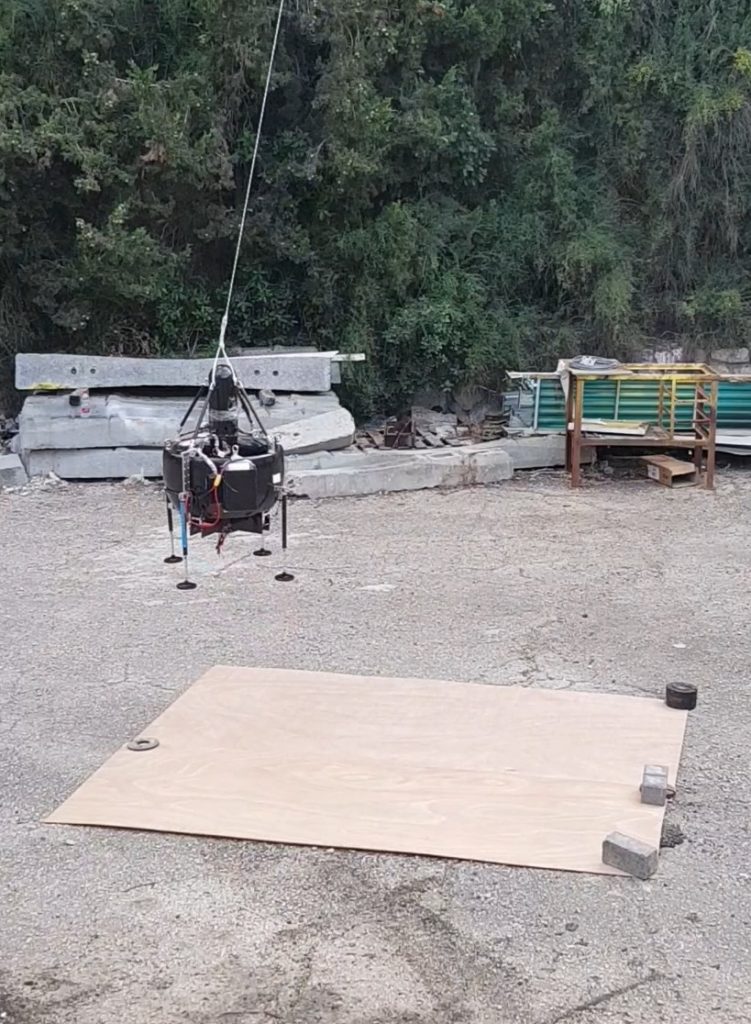