The A3TB Active Aeroelastic Aircraft Testbed project engages in development, implementation and demonstration of aeroelastic abilities, and the production of a demonstrator that can be used as a platform for future research in the field.

The motivation behind the project: the ambition for efficient aircraft (long range and low fuel consumption) leads to the design of wing configurations with large aspect ratios and lightweight structures. These configurations are necessarily more flexible. Designing flexible aircraft will allow for lower weight and will open the design for more degrees of freedom, allowing optimal performance design.

The project is set for three years. The product of the project will be a drone in an especially flexible flying wing configuration with the following abilities:

Initial design for the platform in a flying wing (no tail) configuration based on Lockheed Martin’s BFF was performed throughout the first year, this configuration has several significant challenges.

The development is based on computational models (structural, aerodynamic, aeroelastic) with varying confidence intervals which will be verified in experiments. By the end of the project we will have detailed and calibrated models which can be used, along with the demonstrator itself, for future research in aeroelastic technology.

The highlights of the year reached their climax with the flight at the Shomrat runway. A debriefing was held after the flight based on all recorded and witnessed findings where conclusions and recommendations for continuing activity in the second year were noted.

We wish to thank all those from the faculty and from the industry who escorted and assisted in the success of achieving the goals of the project. 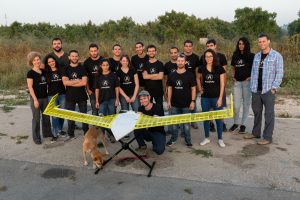 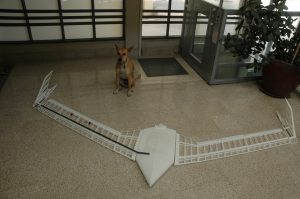 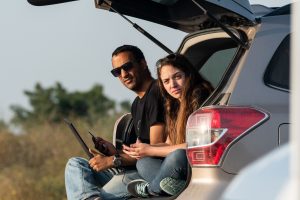 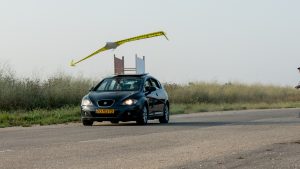 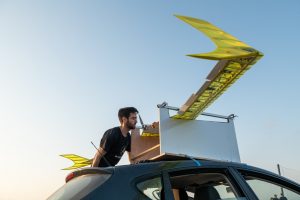 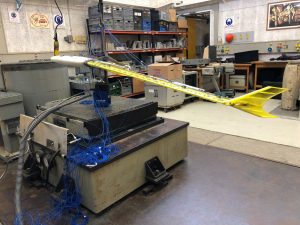